The origin of Baby New Year 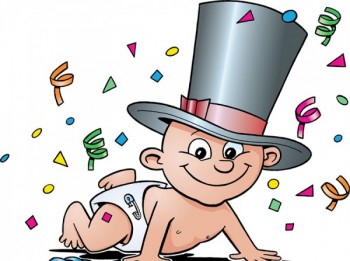 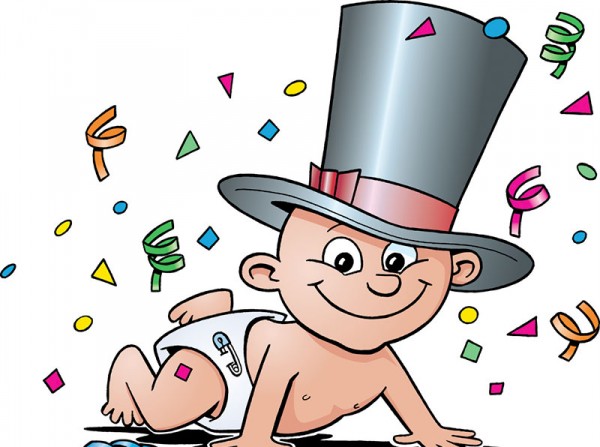 People from around the world celebrate to mark the arrival of the new year. One New Year tradition that has survived through the centuries is that of Baby New Year and its image of a toddler wearing only a diaper, sash and top hat.

Baby New Year can be traced to 600 B.C. in Greece and Egypt. Historians note that Greeks believed Dionysus, their God of fertility and wine, was reborn every New Year as a spirit of fertility and luck. Greeks would celebrate with parades featuring a baby in a cradle to represent the birth of Dionysus.

Ancient Egyptians used a baby as a symbol to represent rebirth as well. The child symbolized the birth of the new year and the passing of the old one.

Over the years, the tradition of Baby New Year has  taken on another meaning as well. Some people believe the baby begins as an infant in January and then quickly ages until he is elderly at the end of December. Some stories even suggest Baby New Year ages until he becomes Father Time.

Early Christians did not like the tradition of Baby New Year, feeling it was a pagan celebration. However, the Church eventually revised its standing when it saw how much people stood behind the imagery of a baby representing rebirth. The Christian Church allowed members to celebrate the new year with a baby, and it was believed the practice symbolized the birth and hope offered by baby Jesus.

Baby New Year symbolism has even been used for marketing purposes. Retailers realized the cherubic image would attract consumers, which is why it is now used to promote New Year's sales.

But Baby New Year is more than just a successful marketing tool. Each year, many cities and villages name their own Baby New Year, which is the first child born on January 1. Some attempts to name a Baby New Year for an entire country have been made, but there have been no official pronouncements, as so many children have been born around midnight on New Year's Eve that it has been too close to call which baby arrived first.