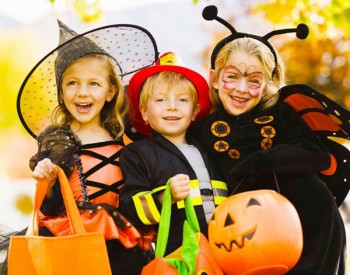 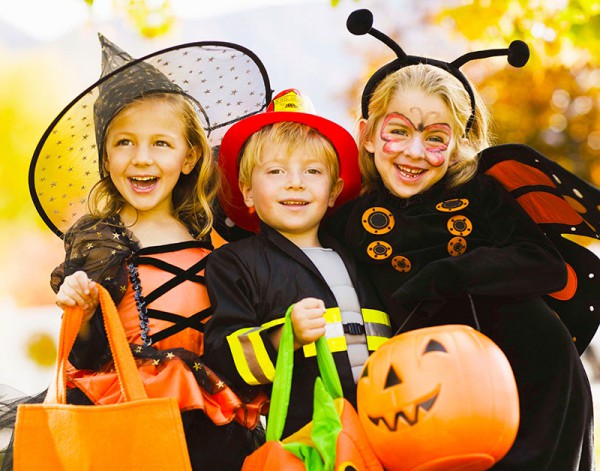 What would Halloween be without trick-or-treating? For youngsters, so much of the fun of Halloween involves scouring the neighborhood with friends in search of candy. While children may have their eyes on the sweet prize, parents may be concerned about their little ones' safety.

The United States Census Bureau says that an average of 41 million trick-or-treaters venture out every year across the country, and roughly 106 million homes are solicited for candy and other treats on this holiday. Such a high number of people out on the streets increases the risk of injury, and it can be easy for kids to get lost as well.

According to Kate Carr, president and CEO of Safe Kids Worldwide, a network of organizations geared toward preventing unintentional childhood injury, "Halloween is an important night for parents to be extra vigilant." But Halloween seems to lessen one's inhibitions, and wearing a costume and being hidden from others can encourage some revelers to engage in atypical and unsafe behaviors. To ensure everyone has a safe and fun Halloween, here are some safety tips to follow.

* Go in groups. Children can be accompanied by their parents while older children should be encouraged to trick-or-treat in groups. Should an emergency occur, having a group of friends around enables someone to call for help or alert an adult.

* Use a flashlight. When trick-or-treating at night, take steps to improve visibility. This includes using reflective tape on costumes and carrying a flashlight or glow sticks so that other pedestrians as well as drivers will be able to see children.

* Walk on sidewalks. Wherever possible, trick-or-treaters should use sidewalks and crosswalks. Avoid walking in the street, where the risk of being hit by a car is considerable. The National Highway Traffic Safety Administration says twice as many kids are hit by a car while walking on Halloween than any other day of the year.

* Avoid distractions. Trick-or-treaters should not be wearing earbuds or talking on a phone while trick-or-treating. They should be paying attention to their surroundings and using caution.

* Do not enter homes. If an adult or even a youngster whom a child does not know offers entry to the home, the trick-or-treater should not enter. Let kids know they should only enter the homes of known friends, and even then they should only do so after getting permission from a parent.

* Consume only factory-wrapped treats. Well-meaning people may hand out cupcakes or marshmallow cereal treats. The ingredients such people used and the safety of these treats cannot be confirmed, so it is best to stick with store-bought items instead.

* Wear well-fitting shoes. Shoes that are uncomfortable or loose can cause children to fall and risk injury.

* Adults should drive carefully. All drivers should slow down and anticipate children darting out into the roadways on Halloween. Drive slowly and pay attention to the roads.